Today marks the 238th birthday of the United States of America.

The Second Continental Congress legally declared America’s independence from Britain on 2 July 1776.  But the actual Declaration of Independence, penned by the Committee of Five with Thomas Jefferson taking the lead as the principal author, was not approved as the document explaining the reasoning behind that fateful resolution until the 4th of July.  Although there is some historical evidence that not all the signatures were affixed on the document until August, the 4th of July became the day this young country started its tradition of celebrating its independence.

In 1777, Independence Day was marked by a thirteen gunshot salute fired in the morning and again in the evening on the 4th of July.  In 1778, General George Washington also fired an artillery salute but then went on to offer his soldiers a double ration of rum to celebrate the day.  In 1781, Massachusetts was the first state to recognize the date as an official day of celebration.  In 1791, “Independence Day” was accepted as the official name of this important date.  Congress named Independence Day as an unpaid federal holiday in 1870.  Finally, in 1938, Congress made the date an official paid federal holiday; this designation was revised and expanded into its present form in 1941.

Independence Day Celebrations today take many forms.  Parades and barbecues are the standard fare. Fireworks displays get more and more impressive each year.  In 2009, New York City hosted the largest fireworks display by exploding 22 tons of pyrotechnics!  Most major cities host spectacular displays, typically accompanied by wonderful musical performances.  Many of these events are televised.  Of course, during the whole first week of July, Americans can also find extensive sales on anything from hotdogs to cars. Perhaps there is nothing quite so American as making a buck and getting a good deal.

This year, however you choose to celebrate, I hope you stay safe and sane with the fireworks, especially if you are shooting them off on your driveway.  Also, stay cool and have fun, just like there two cute little elephants! [This video might not be the most patriotic, but it is still good advice.  And these two are so cute!]

HOW ARE YOU CELEBRATING THE 4TH of JULY? 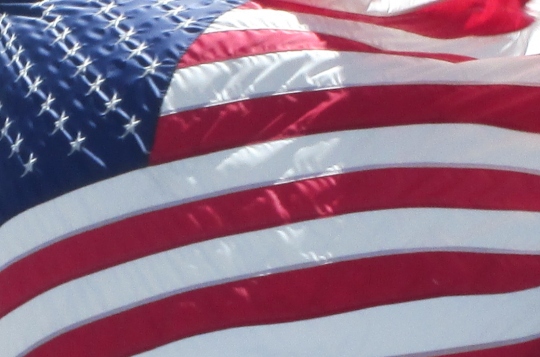