Anasazi.  Most of us have heard that term before and have a general sense to whom it refers.  The Anasazi are the ancient people who lived in the Southwest (Arizona, Colorado, New Mexico, Utah), first emerging about 1200 BC.  At first nomadic, the groups eventually started putting down roots, creating singular dwellings as well as vast community pueblos as far back as a 1000 years ago. 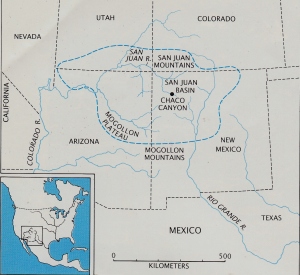 Many ruins from those communities have already been discovered and excavated.   Archaeological evidence suggests these ruins were once thriving communities where families lived and loved, planting and irrigating crops; making pottery, baskets and tools; trading with other groups; protecting themselves from invaders while interacting with neighbors; and practicing religious and community activities. Some of the sites seemed to have been left with the expectation of the people returning in the not too distant future.

Some of the ruins are well known and frequently visited.  I have marveled at these Ancient Voices already, noting such locations as Parawan Gap in Utah and Tonto National Monument and Casa Grande in Arizona.  Other area ruins includes cliff dwellings called Montezuma’s Castle and Tuzigoot National Monument as well as various ruins in Canyon de Chelly. 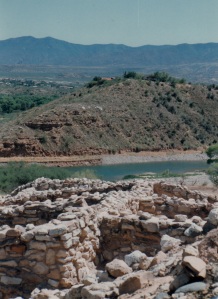 Tuzigoot National Monument, Looking Out from Inside the Ruins

One of the largest ancient communities associated with the Anasazi is in Chaco Canyon in northern New Mexico. This site was designated the Chaco Canyon National Monument by President Teddy Roosevelt in 1907.  In 1966, it was entered into the U. S. National Register of Historic Places.  Then in 1980, its official designation was changed from a national monument to the Chaco Culture National Historical Park, better emphasizing the cultural as well as historical importance of this location.  In 1987, Chaco Canyon was named as a UNESCO (United Nations Educational, Scientific, and Cultural Organization) World Historic Site. 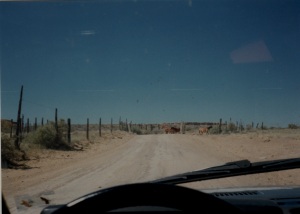 It is easy to set these fancy designations aside when visiting Chaco Canyon because the entry is over a 25-mile gravel road.  Bumping along that dusty road, I easily focused on the stark environment and started thinking back to the lives that made this site so magnificent thousands of years ago.  This huge complex served social and cultural purposes for up to 1200 people until about 1250.  The evidence of their existence is incredible as are their astronomical and engineering feats.  Their accomplishments are one of the reasons I am so enamored of the southwest area and culture. 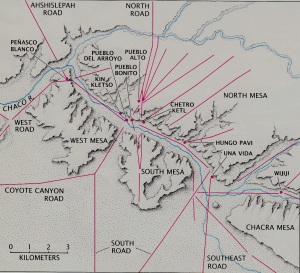 Evidence suggests that this cohesive communal site began unraveling around 1140, probably in reaction to a 50-year drought that started about ten years earlier.  More droughts hit the area between 1250 and 1450, along with corresponding deforestation and poor water management as well as the depopulation of outlying areas.  There is some suggestion that violence and warfare contributed to Chaco’s population decline, but there is little to no archaeological evidence to support that conclusion.  Most scientists agree that the Chaco people migrated south, east and west.

What was left behind at Chaco Canyon is impressive!  Within the canyon were thirteen major multi-room complexes, with hundreds of many-storied rooms in each, including Kivas or Great Houses for ceremonial purposes.  There were also extensive alignments of buildings that seem to capture the solar and lunar cycles, including some specialized alignments and markings associated with the Fajado Butte.

Hungo Pavo is still unexcavated, so it looks much like it did when first seen by Europeans in 1849. As in all the ruins, the wall construction has stood the test of time.  Wandering through the ruins, it is easy to see how the corners were mitered, the windows, and even the wooden beams that added strength the roof.  The trees were transported from over 30 miles away. 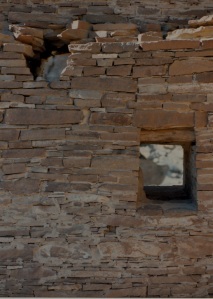 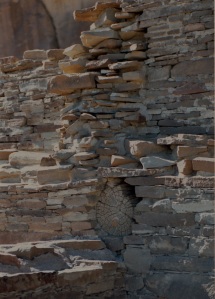 The Pueblo Bonito site is the best known at Chaco Canyon.  It has been extensively excavated, revealing more than 600 rooms and numerous two- and three-story buildings that served a population between 800 and 1200 people.  There were also several ceremonial structures called kivas. 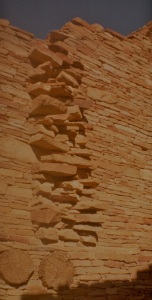 Part of the Pueblo Bonito Kiva

The Chacoans built this retaining wall to protect their dwellings from Threatening Rock perched precariously on the butte. The retaining wall worked! Of course, it was built 800 years before the rocks fell in January 1941! 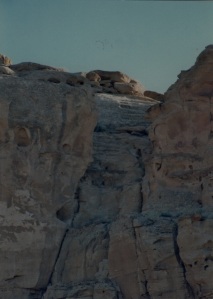 Radiating throughout Chaco Canyon is a large system of roads that are incredibly straight, often reached via staircases cut into the cliffs.  The straight lines or roads extend 10 to 20 miles into the desert.  That the straight path of these roads do not always lead to other populated areas suggests to some archaeologists that the roads had a ceremonial purpose rather than a commercial one.  Whatever their purpose, they are a remarkable engineering feat. Part of this system are the stairs cut into the walls, giving access from the top to the bottom of  the buttes. Many of these stairways still exist today.

View of the Stairs from Site Booklet 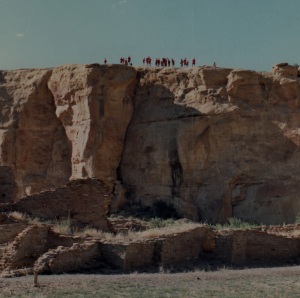 Another major achievement at Chaco Canyon is the highly sophisticated solstice markers atop the Fajado Butte.  Various markings line up with the sun and moon at different times of the year to mark celestial events.  This example is provided at the site:  “A sliver of noontime sunlight slashes between stone slabs onto two spiral petroglyphs, precisely timing the equinoxes and solstices by which the Chacoans planted their crops and marked their years.”  This aspect of Chaco Canyon is why this site is compared to England’s Stonehenge. Due to damage from excessive visits and vandalism, the Fajada Butte is no longer open to the public. 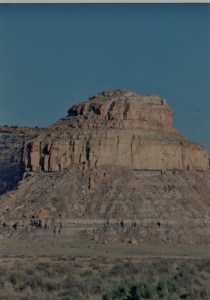 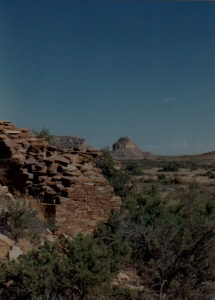 The following illustration is from a site publication, demonstrating how the markings work.  Fascinating! 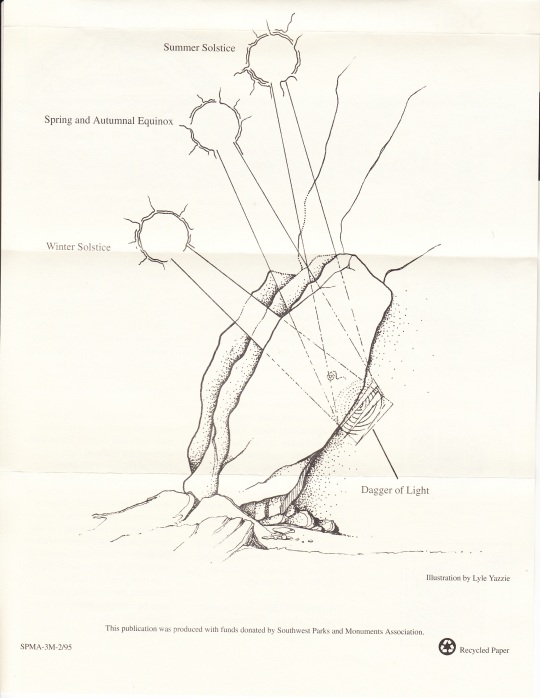 If you have not yet visited the Chaco Culture National Historical Park, add it to your list.  It preserves the past for all of us and awakens the imagination about what was and what can be. Have you visited any historical sites here or elsewhere?  Share some details, so I can add new adventures to my list of places to visit.

The Drama of Halves